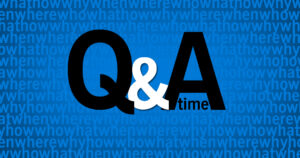 Question: What do you think the optimal % of body weight weaned should be for a cowherd?

Let me begin by saying, just about anything is possible if we are willing to reduce stocking rates and spend enough on extra feed and special care.   For example, it is possible to have 1600-pound cows wean 800-pound calves – but we will have a whole lot more invested in those 8000-pound calves than they will ever be worth.   It doesn’t matter how big your calves are if they’re not profitable!   If you’re not profitable, you’re going broke!

Let me begin by telling a personal story…

Twenty-five years ago, I was convinced we could select the most efficient cows simply by selecting for the cows that could wean the highest percent of their own body weight.   The first year we did this, we weighed calves one day and adjusted their weights to the standard 205 days of age.   We weighed cows the next day while we were preg checking.   I had recently acquired my first computer – and I was excited to put it to use.   We also had a dot matrix printer, with fanfold paper.

When we broke for lunch the second day, I went to the computer and started entering cow weights.   The calf weights had already been entered and adjusted.   After entering the cow weights, I printed out a report that was longer than I was tall (fanfold paper).   At the top of the list, we had some smaller cows that weaned an amazing 65 to 70 percent of their own weight.   At the bottom of the list, we had some bigger cows that only weaned 35% of their own weight.   Obviously, we had solved the world’s cow-efficiency problem!
What was I missing?

I had neglected to consider the preg testing information.   Most of the cows that weaned a high percent of their own weight were thin and open.   They were high-maintenance cows with too much milk!   Raising those impressive big calves took all they had.   They were unable to put on enough body condition to breed back.   Back to the drawing board!

The cows that stay in the herd the longest will almost always have a body condition score over a 5 at weaning. It is critical for a cow to store up energy in the form of fat before reproduction can take place.   Low-maintenance cows with the propensity for fat deposition will always have the greatest lifetime production – even if they don’t wean the biggest calves.   It doesn’t matter if a cow weans the biggest calf – if she can only wean one or two calves in her lifetime.

I don’t like to set any hard and fast rules when it comes to the percent body weight weaned.   When one does that, he is focused on the wrong thing (pounds per animal) and profit will be very elusive.   To increase profit and wealth, one needs to be focused on increasing stocking rate and pounds per acre.

Over 95% of the bulls being sold today are in the 5 to 7 frame range.   Therefore, nearly all cowherds are made up of 5 to 7 frame cows.   Like begets like!   The only way for 5 to 7 frame cows to wean a respectable percent of their own weight is to reduce stocking rates and increase the amount of hay and supplements being fed.   This is why most cow-calf producers are struggling to make a decent living.